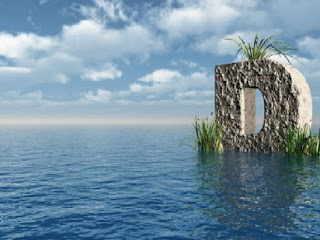 On Vitamin D supplementation : how much is enough?

Two weeks after my missed miscarriage discovery and subsequent D&C, almost by accident and as a decided afterthought, I ordered a vitamin D test on myself.

Much to my surprise, I was deficient---anything less than 20 ng/ml is considered 'deficient', while if your blood levels are below 10 ng/ml then you are reaa-aahllly in trouble. I know people who have had bouts of frozen shoulder and some other not-so-nice musculo-skeletal issues when in this state.

Since then I've been on massive supplementation- 60,000 IU/week first for 2 weeks. Then I checked blood levels, and they had shot up to an impressive 70 ng/ml.  I then dropped my dose to 4000 IU/day for the next month. This is 10 times the recommended daily dose.  One month later, I checked vitamin D levels again, and I'm only at 35 ng/ml.  The lab report states that to be considered in the healthy state, you need to be above 32 ng/ml, with the range being 32-100.

Its shocking to me, that despite having taken so much Vitamin D --a grand total of  over 200,000 IU in about 5 weeks, over 15 times the daily recommended dose, I'm JUST over the threshold for being sufficient and am still on the low end of the normal spectrum!

On Vitamin D and estrogen

I use the ClearBlue easy fertility monitor, that examines two hormones, estrogen and luetinizing hormone(LH).  My usual pattern was that I had 3-5 days of 'high' fertility(= high estrogen) before going on to 'peak' fertility(= high estrogen accompanied by a LH surge).  The alarming part was that in the two cycles following the end of my first pregnancy,  my days of high fertility had dropped off sharply, from 3-5 days to a stingy one day.  This did not seem good; high estrogen before you surge is pretty important for optimum egg maturation, a good lining, etc. Usually, you could set your clock on the happenings in my reproductive system, they are that spookily similar from cycle to cycle, so any change, especially one so drastic was jaw-droppingly strange.

I'm in a new cycle now. I'm on CD14, putting me 6 days away from ovulation. I used the fertility monitor this morning- I'm already on 'high fertility ie my estrogen is already high. If I ovulate on the 20 day as usual, that would give me 6 days of high estrogen at least!

Has there been any big change in my physiology ? The only think I can think of is the drastic change in my vitamin D levels. I have no concrete thing linking the two. I did my usual literature search and I could fine one study suggesting that vitamin D is involved in estrogen biosynthesis, atleast in mice.

I have no idea if vitamin D deficiency can effect estrogen production-all I have to go on is that when my vitamin D levels possibly fell a little, my days of high estrogen decreased. When I increased my vitamin D blood levels, coincidentally my estrogen production has seemingly increased. Sure as hell not enough to make any sort of case about anything, but documenting it here cannot hurt.

Unlike this speculation about vitamin D and estrogen, one thing seems fairly certain though-  vitamin D could be involved in implantation. I've talked about it my 'Science of infertility' section and yesterday my RE just showed me another study backing this theory up. Everybody having issues in this department, or even suffering from general, unexplained infertility- please get this checked out. If your insurance does not cover it, it would be worth getting it tested out of pocket.