A life stuck at "pause" 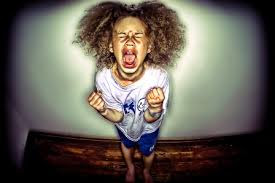 It has been almost a year since I got back to India, and I think it is getting to me. This post unleashes a very long suppressed rant on life in India.  It is frickin hard living here, if you knew and enjoyed a rather radically different sort of life. Being with my family is great, my life is super comfortable, I don't have to brave the icky public transport or the dirty streets, and I'm pampered and cosseted. But I'd so much rather be doing my own laundry, cooking my own food at the end of a long day, and slugging it out all around. My social life is pathetic; I've made friends this past year, but people are so spread out, and getting from point A to point B takes hours and is such an exercise in frustration that plans often fall through.Most of the time you are so exhausted that you give up and stay home. I can't wear the clothes I want to wear: its been MONTHS since my legs were exposed to daylight, I'm so sick of skinny jeans I could scream.

I have not dated, heck I have not even flirted with anybody in over a year now (the Indian guy I was speaking to for months helped take the edge off ).  There are no interesting men around anyway, and even if there were, dating here is like speaking in a foreign language.There is this younger  (like 10 years younger) guy at work and he is constantly asking me out to things, and I always try to make it a group activity because I don't want to go out with him alone and have him get the wrong idea. Indian guys do tend to take rejection more personally. Its So Bloody Complicated  here, ugh.

And then there is rest of the reality of India. This is a country that has a few amazing and unique things going for it (mainly due to the fascinating people who lived around around 2000+ years ago).  But the India of today? It is overpopulated, over-obsessed with religion, dirty as hell, repressed, inefficient, illogical, and insane in so many ways. The traffic is a nightmare, and its made worse by many acts of utter ludicrousness; in the most crowded streets that are always clogged, cars, cycles and bikes are illegally double parked, and nobody does anything about it. I once spent 5 hours in traffic in the course of a day, getting from one point to the other within the same city. During religious festivals, people play music on loudspeakers and its so loud that your windows reverberate. This goes on for hours and lasts till past midnight. You can't call the police on them because the police may be out there dancing with them, and heck you can do anything, but you can't interfere with anything religious.  I never get to walk anywhere because everything is so icky, especially in the rains. I really miss New York in that regard.

Basically, I live my life at a state of low level frustration because of all of this stuff and because I'm  missing my life back there. I thought I'd be raising a kid through it, which would highlight the good stuff (being back with family, letting my parents letting to know their grandchild, but that is so far away and I don't know when that will ever get here. So I'm stuck in a painful pause, and I feel like my life could start moving again if one of two things happened: a) I got on the road to baby-making or b) I got out of here.

My job is one of the good things: this is a great company that is based worldwide, and it gives me an opening into a career which would make life as a single mom very easy. So I have to stick it out here for a while because of the job, and because I'm waiting for stuff to happen.

Speaking of stuff happening: I've mailed HPTs to my surrogate; I'm waiting for her to get it so she can do a home pregnancy test, which I will have to talk her through.  Like I've said, the verdict has already posted (it would be the 12th day of embryonic life today, and in each pregnancy, I've known by the morning of day 10), but I just have to wait to get hold of that envelope.

I worked up my courage and asked my surrogate if she "felt" anything. She said she felt like it may have worked because her "stomach felt heavy." She has been pregnant a few times so its possible she may "know,"" or its just probably the progesterone effects. But bless her for saying it...It cheered me up a little at a time when I badly needed cheering up.

On a completely different note: I've saw this study from RMA-NJ; most studies report a general blastocyst aneuploidy rate of around 40-50% but they reported 32%. That is fascinating- was it a one-off thing or do they make better embryos that other clinics? That is definitely possible, I've realized; you can make many little choices which CAN improve embryo quality. I then remembered that NJ is the one of the few states that mandates IVF coverage, which made me make an important decision today: If none of my 8 embryos take, I'm going to have to go get a job in NJ and live there for a while so my IVF costs will be covered (Yes, I may be willing to put myself through this shit again). Not a fan of NJ, but the good news is, after Mumbai, the garden state looks awesome.

I've sounded like a sulky shallow(guilty!) child for most of this post, and I apologize if I have offended anybody reading. There are many good things about being in India too, even sans baby and the silly things like a lack of good-looking men and the freedom to wear shorts:  Its mostly my family, which is incredible beyond words, but there are some other things too: good food, some genuinely kind people, some really great cheap services that include affordable permanent hair removal. I'll never have to wax again. THAT is pretty goddamned awesome.