Are you ever in the state that there are two absolutely opposing feelings vying for supremacy in your brain? Probably not, but its something I've been dealing with right now. 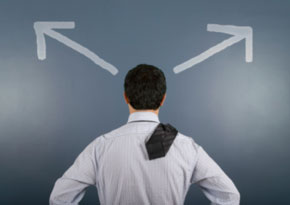 The first set of opposites are my reactions to the loss of my 2 babies. There is one part of me that almost instantly accepted these losses and came to terms with them.  This part of me is cool, rational and pragmatic.  It knows that from the beginning of time, thousands of billions of lives have flickered out before even completing organogenesis.  Miscarriage is one the truest cases of saying that the pain is only for the ones left behind. I'm aware that what has been a catastrophic event for me was an event that did not even register for my babies.  They were many months away from  anything resembling true awareness.  So they moved on without even know where they had been, or what had happened to them. I pray that they are in good places, wherever they went. But they are on their own journeys now, and it is one removed from mine.

Then there is that other emotional part of me. The part that still bursts into tears when I read about other people's stories of loss. The part that can't bear that my babies, the ones I never got to know, are gone.  Though I can write paragraphs about the rational side of me, I cannot even begin to address its emotional counterpart.

Thankfully, the rational part of me holds sway most of the time. After the initial spates of grief, this pragmatic part of me has prevailed mostly. But the emotional side unexpectedly has been dropping in the past few days, and I've been getting to see polar opposite sides of me in action, one rapidly following the other. Its been interesting, albeit exhausting.

The second set of conflicting feelings is now about pregnancy. There is a part of me that so badly wants to try immediately. Knowing that you have an excellent chance of getting pregnant within weeks is just heady. Sometimes I want it so badly I can taste it. But on the other hand, the thought of pregnancy just fills me with terror, for lack of a better word.  The other day, I was sitting and just thinking about the process...the positive pregnancy tests, your body changing instantly, your bladder immediately shrinking to pea-like proportions, waking up multiple times a night, those hunger pangs, and within 5 minutes, I was bawling. The first time I went through that, even the annoyances made me smile, the thought that life was growing inside me made everything ok, I'd be smiling as I was stumbling out of bed for the 4th time that night.

Now I just think that life will grow, all those amazing changes will happen, just to end in death again. I'm so very morbid I've been thinking about what to do in case I have to abort for the 3rd time. I do not want to have a 3rd  D&C because I'm worried about Asherman's syndrome. My Indian RE recommended misoprostol because he does not think repeat D&Cs are a good idea...the thought of going through the pain this pill induces makes me shudder. Although this thought would have seemed mindbogglingly weird a few months ago, I can say that D&Cs are relatively easy.  Somebody just sticks an IV in you, you wake up after,  physically its like nothing ever happened . I've gone through my 2 losses with only the emotional scars.  So yeah, I'm going to spend quite a bit of this year cringing at the thought of misoprostol.  I don't know what to do there, that is another giant area of confusion and conflict.

So for the next several months, I'm going to alternate between longing to be pregnant, cringing at the actuality of it, and hand-wringing while considering my alternatives in the worst case scenario. Goody.

The amazing thing about blog writing is that you can say all of this to yourself, it won't help you one bit. You come out here, you type out the crazy conversations you have been having with yourself, and just somehow, in some bizarre way, it helps.

Thank you all for reading. I know most of the people who pass through this blog never ever comment.  It would be nice, if for once, some of you delurked! Not the best post to ask you to do it, I know.