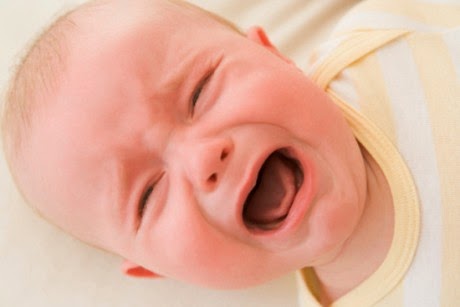 I am a member of a secret Facebook mommy group (the sort where you only join when a member adds you) that most consists of working Indian mothers living abroad, and a few in India as well, and some non-Indian moms as well. I cannot put my finger on why this particular group is so useful, but I think it is just the sheer density of very smart, very resourceful women on there: I've learnt many things on there, and I'm usually the one dispensing information like candy, whether people want it or not.

So, in this very,very useful and mostly positive group, I was taken aback to see a spate of articles making sleep training (specifically, CIO) sound like child abuse (there was one rather ridiculous one about a letter written by a baby undergoing sleep training, not going to share the link). Since there seemed to be almost a 50-50 split between moms who sleep-train and moms who stay far away from it, the battles were fierce, with both sides making preposterous claims about the results of both parenting styles.

Having spent a few of my initial sleepless nights aimlessly browsing what the "experts" say out of sheer curiosity (what I did in the end was totally based on instinct), I was familiar with the arguments made by both sides, and I decided to offer my own commentary on what they said, to try to offer some rational perspective that took a hard look at the arguments offered by both sides

My commentary was pretty well received and nobody came after me with pitchforks, and I figured since I spent so much time on it, it should be out here as well:

I hope this is actually useful to somebody, and does not put anybody's back up. I cosleep and attachment parent, and the results are amazing for me, but I am also lucky in that I have a child whose brain maturation vis a vis sleep has been seemingly rapid. Even if this was not so, I am also lucky in that I would have had help if she continued to keep waking up at night.  Nonetheless, a very important take-home point I want to drive home is that every child will differ in when they acquire the ability to sleep through the night and self soothe, and that cannot be rushed, whether you wait it out or cry it out.

As many of you know,  Gauri was born via surrogacy and hence did not have access to breast milk (see my post on why I decided against induced lactation).

Much before her birth, I started researching my formula choices, and was soon struck dumb at the awful, awful choices the infant formula industry has made (see here  and here as to why). So after much research, I decided to go with a homemade goat milk formula, to avoid the unnecessary additives, get a healthy source of sugar (lactose) and fats (extra virgin coconut oil), and go with the animal milk source that is kindest to the gut and is the most easily digested (this turns out to be goat milk). See here, here, and here  to understand the advantages goat milk presents over cow milk.

This post is to clarify the formula I have used, and explain the reasoning behind its formulation.

I should add, immediately after birth, my baby was put on a cow milk formula, as per hospital rules. She  did fairly well on this formula, but was splotchy (red splotches on her face and body, and interestingly, her upper lip would be very bright red when she was drinking), was mildly constipated, and had a diaper rash. All three issues disappeared after she was switched to this formula, suggesting that she was mildly intolerant towards cow milk protein, and her growth has been nothing short of phenomenal.

Minerals, Probiotics, Vitamins, and others
Other requirements
How to make the formula:
Disclaimer: Breast milk is truly the best nutrition for the baby for as long as possible. If you wish to use this formula, I recommend that you do so only after a consultation with your pediatrician. Note that infants allergic to cow milk may also be allergic to goat milk, though many tolerate it well. Anphylaxis in response to milk proteins is extremely rare, but can occur.

There are some time periods during a baby’s development that have been termed wonder weeks, because that is when giant leaps in development occur. It seems like Gauri’s fifth month has been one continuous wonder week, all in all.

Around the start of this month, her previously erratic sleep patterns started gaining some regularity: she usually falls asleep at 11:30 pm (no, it is not possible to put her to bed earlier: she wakes up every 3 hours if we try this at 9 pm) and wakes up at 7:30 am. I went, YAY.  Before, if she would wake up by herself at say, 4:30 am she would usually need to feed to settle back to sleep….now she wakes up and often puts herself back to sleep, if she does not wake up all the way. YAYYYY!

This kid (and interestingly, some of her half siblings too) hate being carried on laps, but still she would normally go to sleep after drinking a bottle on my lap. So my jaw dropped the first time she rolled herself off my lap and went to sleep by herself on the bed! She has been doing that intermittently since….serious leaps in independence!

This child is also super social. She loves people, and cannot get enough of them. She smiles. She squeals. She converses. She is also sensitive. One day, my grandpa’s physiotherapist was home and started talking to her. This girl smiled and babbled. Then the physiotherapist said bye and went away to work with my granddad, and her face fell, the chin started quivering, and she burst into tears. Two days ago, my mother was mock scolding her…this baby got that the inflection of her voice was “scoldy” and that chin quiver began and she was wailing a minute later. The sensitive aspect to her personality (especially during social interactions) makes me a little worried, because there are so many ways that a young child can be hurt.  As her mother, I want to protect her from it all, but that is simply impossible. I guess life is all about building armor, and I just have to make sure she gets the right tools. To that end, being in India drives me nuts in so many ways, but it is wonderful for her. The entire family as well as the extended family dotes on her, and a child like this thrives on affection, and needs a ton of human interaction to keep her from being bored.

She has also had her first vacation, complete with adventures such as the warming up of bottles in moving cars: Thank you Pura Kiki, for coming up with a wonderfully designed, easily warmable bottle--- all you need is refrigerated mixed up formula, an icebox, some really hot water and a cup, and you can be on the road for 6 hours. So, thus armed, we really pushed this poor child’s boundaries. We woke up and hit the road at the crack of dawn, and then we stayed out a good part of the day, and she was surrounded by people who just wanted to talk to her all day, and of course she talked and played and had naps interrupted every time the car stopped and we got out. We did this two days, and on the second day, she was cheerful and happy all day, and at night came Armageddon. She got a rest yesterday and today we are back home now after 4 hours on the road, but it may take a while for her system to forgive us.

She is also in a major hurry to get past babyhood, it seems. She is standing with assistance and manages to wriggle/roll/drag herself all over the bed, but cannot crawl yet or sit up without assistance for long periods, which makes her really mad. Once she crawls and can sit up, my job becomes easier and harder. Currently her lack of total mobility is a source of great frustration for her, and the only way I can alleviate said frustration is by singing to her. I’m so totally her trained monkey. She is very selective about which songs she likes, and gets mad at me if I change the lyrics, so I have faithfully sung the Do Re Mi song only about 15 times a day every day for the past 2 months.  Joy.

In the past week, there has been a massive leap in her verbal skills. She is now “talking” in that she is saying the same sounds, one of which that sounds like a recognizable word  around 10 times a day…interestingly that one is “amma,” which is the tamil word for mom.

Never a dull moment with this child!
Posted by Unknown at 6:20 PM 6 comments: